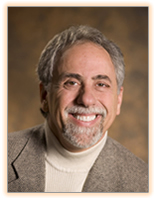 Dr. Petrone is a Pennsylvania Licensed Psychologist, and is the President and Clinical Director of the Psychological and Counseling Center, Inc. where he has provided psychotherapy, consultation and training for the past 30 years. Tom was the clinical director of the University of Pittsburgh, MAPS (Maximizing Adolescent Potentials) Program and served as the student support center counselor at Pittsburgh Central Catholic High School from 1993 through 2012. He has served as an adjunct faculty member at Duquesne University, the University of Pittsburgh and Indiana University of Pennsylvania Graduate Counseling Programs.

He was the staff psychologist for the Bariatric Surgery Center at West Penn hospital in Pittsburgh from 2004 until 2017.

Tom has been active as a mental health professional in the Pittsburgh community for over 30 years, providing training and workshops in the areas of addiction, family and adolescent treatment concerns, leadership development, stress management and Gestalt therapy.